Menu
You are here: Home / About Us / Blog

Today’s world is constantly changing and with these changes comes a bombardment of information. As such, the rules of what can and cannot be sent to consumers is always changing. Over the past few years, the Canadian government has been implementing new rules and regulations on what business can email to their current and potential customers. These measures taken by the Canadian government are an effort to make the experience as hassle-free ordinary person as possible. What these changes underscore is the growing effectiveness of direct mail marketing for business to capitalize on. Here are some of the benefits of working with a direct mail marketing service provider.

Regular letter mail has been experiencing lower than normal volumes over the past few years. Because people receive less mail than they used to, your direct mail marketing mailers are much more likely to stand out. The same cannot be said for mass marketing emails and your InBox these days.

Many people prefer to reply, receive, and read emails during their office hours. People don’t always want to check emails when they are home because it reminds them of work. However, when you send direct mail your message is received by customers in the comfort of their homes when they have more time to consider your offers and promotions.

Tangible communication that is well designed and targeted, can hold more authority than commercials and online advertising. People tend to value direct mail marketing more because of its ability to be highly personalized. It lets your customers feel like they share a strong connection with your brand.

Setting up and sending out a direct mail campaign can seem daunting. How do you know who to send it to, what times are best, and what neighborhoods you should target? This can be a lot of legwork for a small business or in-house marketing coordinator to handle. Using a direct mail marketing service provider means that we take care of the legwork. We will work with you and your brand to create and implement a successful direct mail marketing campaign.

This low mail volume is a perfect opportunity to get in front of your customer base. Here are some of the major reasons why you should switch to direct mail right today:

Direct mail is a great way to optimize the effects of low mail volumes. Enlist the help of professionals like Mail-o-Matic to help set up targeted and outcome-oriented direct mail campaigns. These targeted mail campaigns will help your business to connect with your intended customers and impact your bottom-line in a positive way.

Whether you are sending out a direct mail marketing campaign, shipping inventory, or mailing out the occasional package – being able to keep track of everything you send out will save you time and future headaches.

Direct mail campaigns can now use technology that allows mailers to track each piece being sent out. This valuable data will help you see why a campaign was successful or not. Using barcodes on your direct mail marketing campaigns will help to:

This valuable data will help send out more successful campaigns and target the exact right customer base.

Mail-O-Matic prints sequential numbers, bar codes and other images onto letters, response devices, inventory forms, shipping tags, and permits. Each of these services allows you to immediately know package information such as contents, weight, sender, recipient, and more. Having vital information like this will not only increase productivity it will also reduce costs.

Mail-O-Matic is a full-service direct marketing company providing barcoding services that help you accurately track and identify packages and their contents.

Contact Mail-O-Matic to learn more about how barcodes can improve your productivity!

Merry Christmas! While it is hard to believe that December is already here, there is no denying that the Holiday Season is well underway!

With the end of the in sight – each of our mailboxes is filling up with cards, packages, and direct mail pieces.

While we know this is a busy season for everyone, we hope that each one of our clients and friends finds some time for a little rest and relaxation.

If you are planning on sending Christmas cards or presents to your loved ones across the country, here are some helpful dates to remember.

Outside Your Province – December 19

The Mail-O-Matic team would like to extend our best wishes for you and your family during this holiday season.

In the spirit of the season, Mail-O-Matic is proud to be a sponsor of the 30th Annual Festival of Trees Vancouver in support of BC Children’s Hospital.

We are very proud of this year’s submission and hope that you will love it as much as we do. We invite everyone to view our tree and vote for the one they like best (wink wink). To see our tree in person, visit the Festival of Trees at the Four Seasons Hotel Vancouver and Pacific Centre. The Festival of Trees Vancouver runs from November 25 through to January 2, 2017.

We encourage everyone who visits the Festival of Trees Vancouver to share photos and selfies of our tree on facebook and twitter – but don’t forget to tag #BCCH!

If you are unable to visit the  Festival of Trees Vancouver in person, donations will be accepted via our BC Children’s Hospital fundraising page.

All donations received at the Festival of Trees Vancouver will go towards BC Children’s Hospital most critical health-care needs of BC’s children and youth.

“I can remember specifically looking at Dr. Sanatani and asking him point blank os there an increased chance that she is going to die. I didn’t have [any] idea what was going to happen.”

At birth, Hannah Schneider seemed to be the image of health; she was perfection in her parents’ eyes. But two weeks into life, Hannah’s health deteriorated, fast.

Hannah’s doctor suspected she had a heart problem. Hannah was quickly admitted to the emergency, while her parents, Jennifer and Jason, became increasingly alarmed at the severity of her condition.

Hannah’s heart was racing. To get her heartbeat under control, doctors needed to administer a drug to stop and restart her heart. After several attempts to get her racing heart under control, the medical team approached Jennifer and Jason with another option: Hannah could participate in a drug trial, which would deliver two drugs to determine which had the best outcome. Knowing that a decision had to be made immediately and trusting the experience and knowledge of Hannah’s caregivers, the family jumped at the chance to participate in the study that could potentially save their daughter’s life.

After just a few adjustments to the medication, the treatment was a success. Two weeks later, Hannah was able to return home with her family. Although the future is still uncertain, doctors are hopeful Hannah will outgrow her condition and continue to live a happy and healthy life.

Help kids like Hannah by donating to our tree at Festival of Trees Vancouver.

We are here to help

Let's work together.
Grow Your Business With Canada Post Direct Mail Solutions
Get in touch 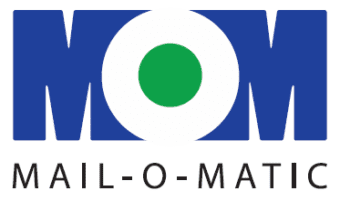 Since our beginnings in 1967, we continue to lead the mailing house service industry with our balanced combination of personalized one-on-one service, experienced project managers and a creative production team, and advanced automation equipment.